During the last year I’ve been specializing in PHP Web Hosting administration and took a course in Advanced Web Security. This was partly due to the increasing threats from numerous hacker attacks on popular content management systems such as WordPress, Joomla, Drupal, and others. In this post I will try to explain some of the major issues and hopefully help you strengthen your web hosting security (if you have your own VPS server or Dedicated Server since on Shared Web Hosting plans you don’t have permissions to edit the system configuration).

Due to various reasons php seems to be one of the most flexible web development platform, unfortunately being flexible sometimes leads to numerous security holes which can sometimes lead to a compromised websites. This is especially serious in popular website content management systems where “one” plugin or even the “CMS core” contains “insecure” code. In order to explain what insecure code is, I will list you some of the most popular types of “insecure” statement which most of the time eases data manipulation but it does more harm than good at the end.

It is sad to know that the list of possible php security issues are a big list and new ones are constantly added with each new version. That’s why it is our duty to try to keep our source code secure as possible (in my view as a professional php programmer) and keep the Apache/PHP configuration with lowest possible hazardous functions (in my view as a web hosting administrator).

I will post some more web hosting security issues later on, but I suppose those are the most fundamental issues which lead to about 90% of all hacker attacks. There are others which are hidden deep in the Apache code, and some more PHP functions that can be twisted in the wrong way to enable hacker access. I will list them in separate post.

If you want to add something else please feel free to post comments. 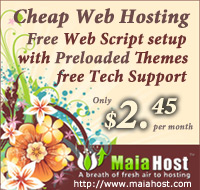